Skip to content Welcome to our new shop. A few things are still being ironed out, such as international shipping. Please contact Lynn if you wish to buy from outside of the UK. Dismiss 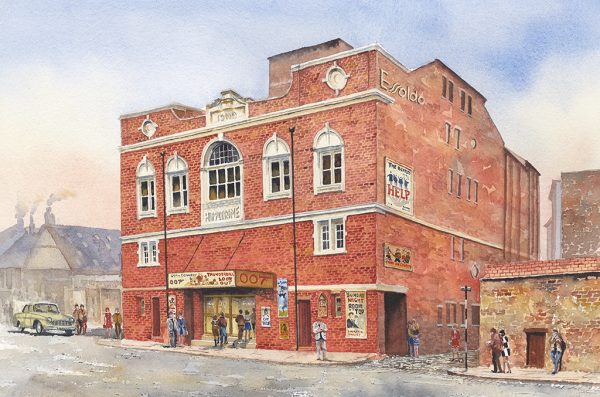 The Hippodrome Theatre opened in December 1909 and films were part of the variety bill from the early days.  In 1920 some alterations were carried out and it became a full time cinema, re-named Hippodrome Picture House.  It was taken over by the Newcastle based, Essoldo group of cinemas in 1947 and re-named Essoldo. Closed as a cinema in 1966.